Use tip 12 and red buttercream. Hold piping bag straight up and down about ¼ inch off the cookie. Pipe an outline of an apple in the center of the cookie, Pipe the rest of the apple by repeating the outline just inside of what you already piped until the apple is filled.

Sprinkle white nonpareils on the apple for the cosmic crisp stars.

Use white buttercream and tip 5 to pipe a ring around the apple.

Use blue and tip 5 to pie a second ring just outside of the first.

Use tip 5 and brown buttercream and pipe a stem that comes from the center of the apple.

Use tip 352 with the beak facing down, pipe a small leaf by squeezing until the buttercream billows out and slowly move the tip and then stop squeezing and pull away to break the buttercream. 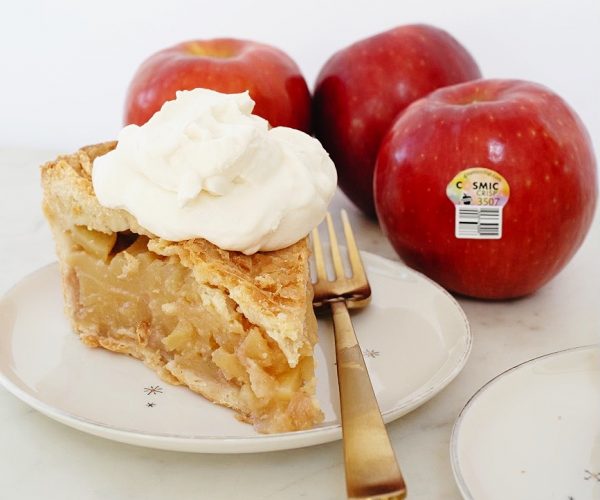 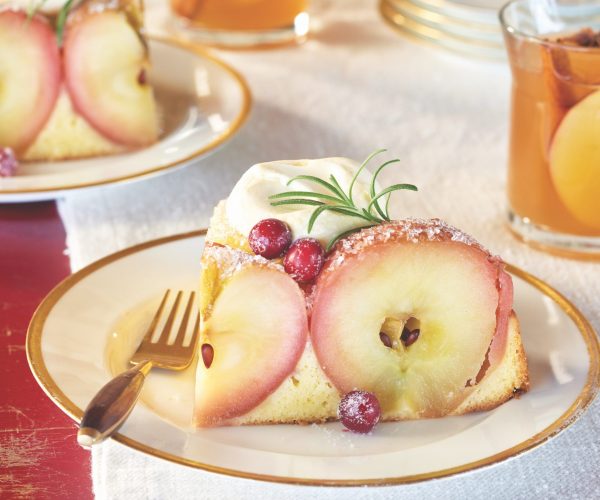 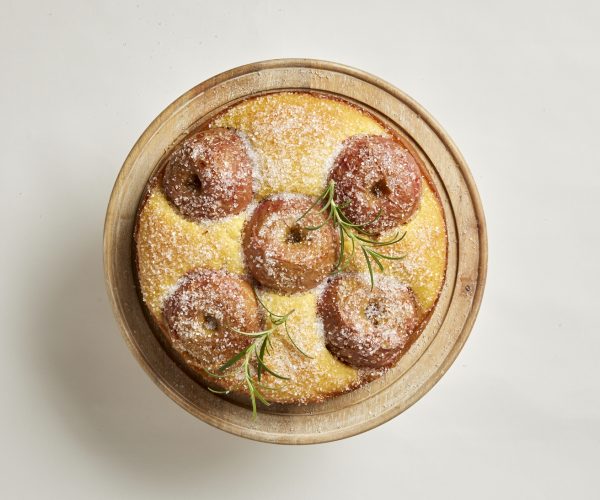 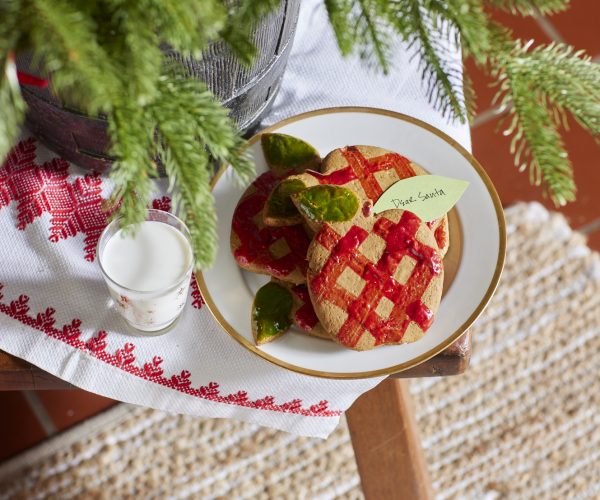 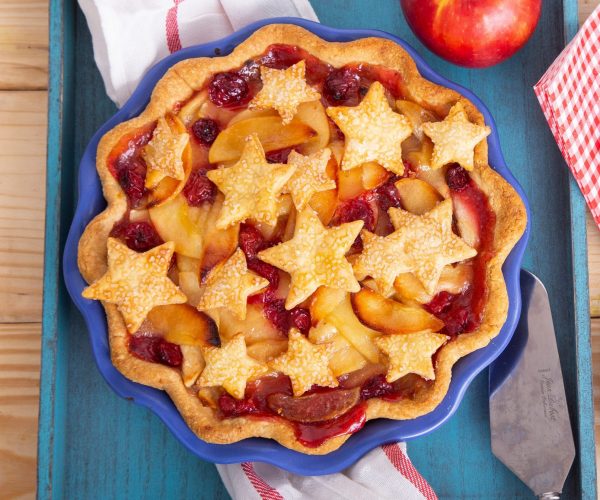 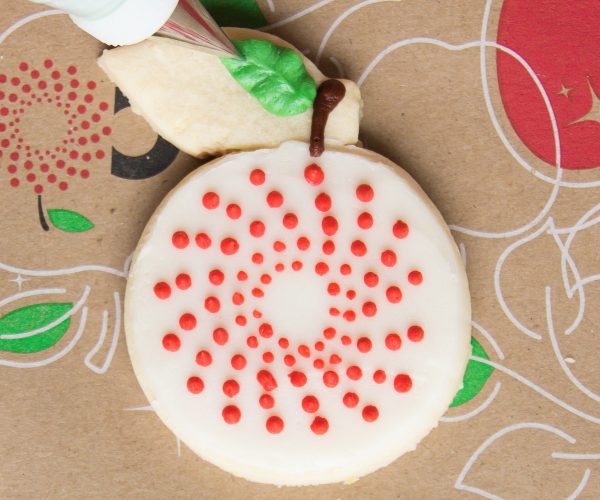 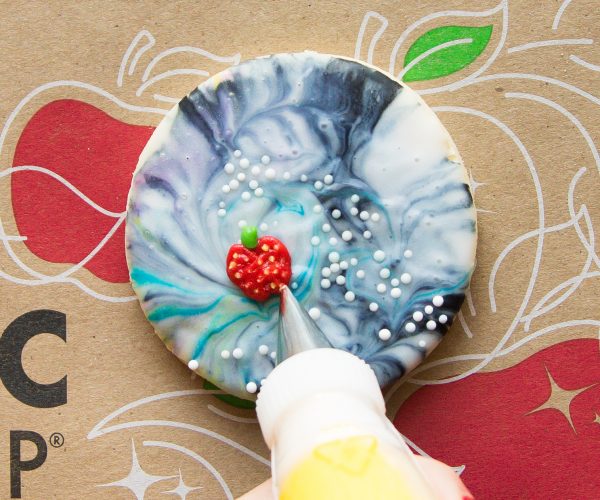 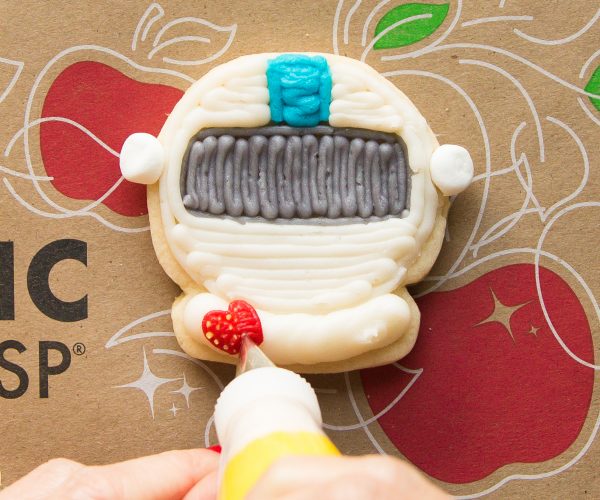 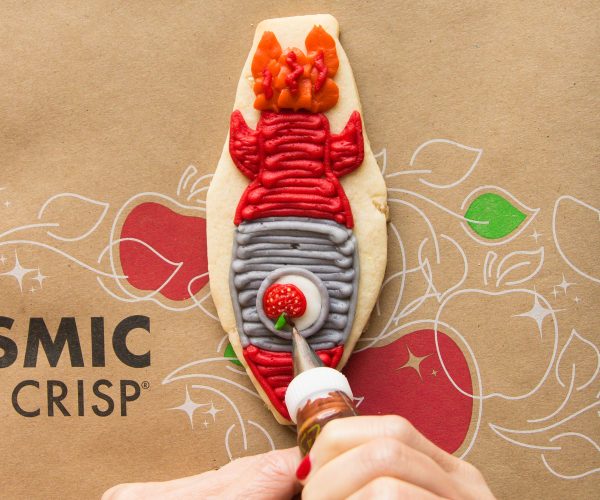 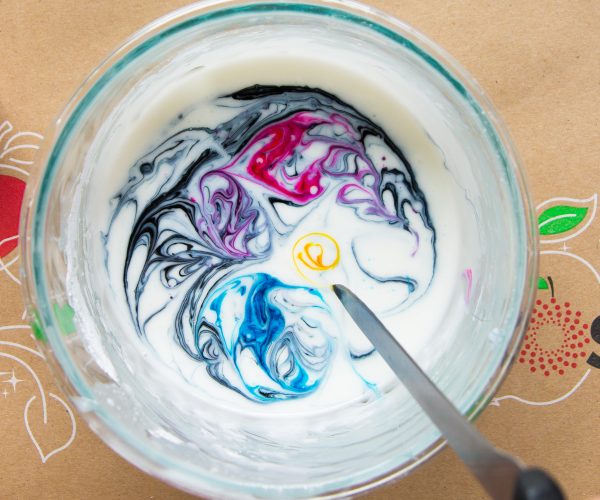